The next off-season is already in full swing, the scout convention and the time for signing free agents are just around the corner. All 32 league teams have already prepared shopping lists and lined up in this kind of supermarket. And clubs looking to shore up their quarterback position will have a great opportunity to do so in the 2016 draft.

Yes, there will be no talents of the level of Andrew Luck (on the other hand, they are generally rare). But that doesn’t mean that picking other highly regarded quarterbacks in recent years, like Cam Newton, Jameis Winston or Marcus Mariota, was a riskier move than signing Luck.

The same goes for the rookies of the 2016 season. Presumably, there won’t be as rich a crop of ready-made starting quarterbacks here as in 2014, when Blake Bortles, Teddy Bridgewater and Derek Carr burst into the NFL. However, this edition is also able to give some future stars or, at worst, worthy reserve players.

Signing a player “for growth” or just to the reserve will not cause much attention and resonance, but at least a dozen teams can take on such a long-term project and draft a talented junior. A risky acquisition on the third day of the draft could change the fate of the team in the future, if enough patience, talent and just luck are applied to it.

We’ve identified 6 great quarterbacks who have the potential to become a regular on their team in the next 3-4 years. After skimming, there will be a few more people who are worth a closer look – they can develop their abilities and also be useful. Finally, let’s talk about the guys who are able to compete for a professional contract and take a place in the clip. 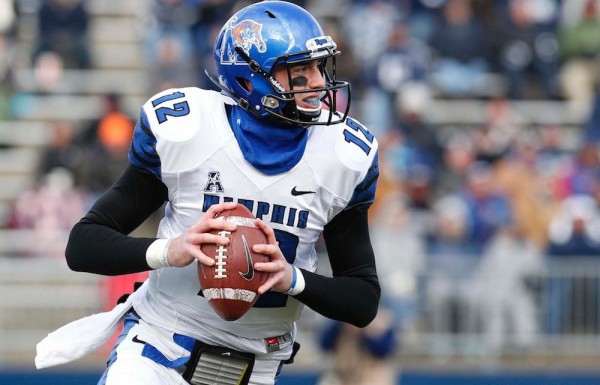 Teams that need a quarterback and are at the top of the draft lineup should look to Jared Goff first. The California Shooter (193 cm, 97 kg) is by far the best quarterback in the upcoming draft, by a good margin. He has all the necessary skills and talents for a future franchise quarterback, while he is able to progress further.

Goff feels great in an envelope, which has allowed him to work quietly behind a lousy line crew throughout his varsity career. While some passers have to get used to the convoluted routes and constant pressure in the NFL, Goff might just take it to the next level. Yes, in “California” with the linemen, everything was really that bad.

Goff’s passes are equally accurate regardless of throw distance. The pass completion rate in 2015 was 64.5%, and this figure was greatly underestimated due to the incredible number of errors on the reception (I counted 49 drops). Despite this, Goff threw for 4,714 yards and 43 touchdowns with just 13 interceptions.

Having not the most powerful throw, he compensates for his lack of phenomenal accuracy. After Goff’s passes, wide receivers not only avoid physical contact with defenders more often, but also gain maximum yards after catching the ball. The calmness in the envelope only adds to the passing accuracy as he stays calm even behind the chaos of bad blocking.

Of course, Goff is not the next Andrew Luck, and his not very large build may scare some teams away (as was the case with Teddy Bridgewater). However, he is an excellent convertible quarterback who has progressed year after year in college and has shown a fair amount of mental toughness. He has every chance of becoming one of the top quarterbacks in the league and deserves to be selected in the draft among the top five players.

Keetl is considered the best tight end in the NFL.

As you know, San Francisco took Iowa alumnus George Keatl with the 146th overall number. In the NCAA, the tight end managed 43 receptions, including 22 catches for 309 yards in his final season. God knows what numbers. In addition, Keetl has missed seven games in the last two seasons due to injury. From the PFF publication in the 2015 season, he received a rating of 93.8, and a year later – 78.6.

Actually, the damage, as well as the quality of the Iowa offense as a whole, did not allow George to be quoted very highly. Even before playing his first game for the Hawkeyes, he seriously injured his knee. He spent the entire 2015 season through pain. In one of the main games of the 2016 season – against Wisconsin – Keetl was invisible, and finished the match with Pardew in the first half. The Michigan team, which was in second place in the ranking, defeated without him. The football player played his senior year with plantar fasciitis (inflammation of the tissues of the foot – Approx. ed.) of the right leg.

A big role in the fact that Kittle was nevertheless paid attention to was played by his athleticism. To play at the level of the top receivers in the NFL, you need to have the right skills. George ran the 40 yards in 4.52, three cones 7.00 seconds, jumped 3.35m and pushed up 95.2cm. He was a real physical freak and dominated the run block. 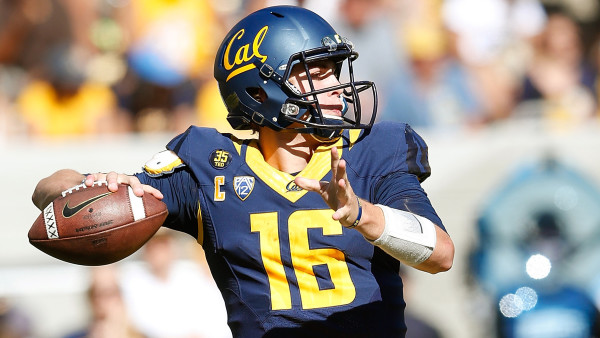 Here is an excerpt from a PFF scouting report on student George Keetle.

What worries me the most:

Susceptibility to injury
Although his technique is above average, the dimensions may not allow blocking on the scrimmage line at a qualitatively new level.
Maybe it’s better to be second tight end and use mismatches
Minimum experience of performing in special teams
Compare it to: Chris Cooley, Redskins. Cooley is larger than Keetle, but can take on a wide variety of positions, including backfield and slot. George will obviously be used in the same way, creating mismatches for him in passing combinations. At the same time, in a running game, he can be even more interesting than Chris.

Bottom line: Kittle has enough athleticism. He can get rid of linebackers and safetys. It is unlikely to continue to dominate the lane when blocking the run, but in attacks with two tight ends it will prove to be a useful option.

It turns out that the potential of Keetl was still discerned by many. But the specialists were scared off by injuries. With such figures at the Scouts Convention, George could well have counted on a third round at worst, if he had not played all last year with an injury. “Aoiwa” with its pro-offensive and traditional schemes also did not contribute much to the interest in the person of George. To some extent, he was lucky to be on a team that soon began to qualify for the Super Bowl.